The NFL and the Stupidity of Offending Your Customer Base 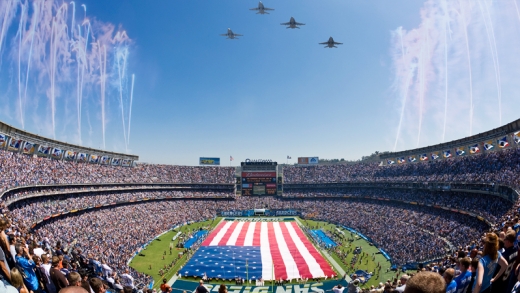 The NFL and the Stupidity of Offending Your Customer Base

Rule #1: Understand your customers.
Rule #2: Don't do anything to make them angry.

As a marketing professional, every now and then in the business world a company makes such a blunder it leaves you scratching your head and asking, "What in the world were they thinking?" And so it is with the NFL allowing, then embracing national anthem protests, and protesters.

Do the NFL owners and coaches not know who their customers are? All they have to do is watch the commercials broadcast during their own games. It's pick-up trucks and beer for crying out loud! Remember Monday Night football's opening with country music star Hank Williams Jr.? He was singing to that customer base. They take their football seriously. It's God, guts, guns and football.

I am not going to argue whether it's a professional football player's right to sit or kneel to protest injustice in America. In a free society, anyone should be able to do anything that does not cause harm to anyone else. However, in any job you trade your time, for your employer's money. Your employer gets that money from customers. You, as an employee, then WORK FOR THE CUSTOMER. To make your customer happy and keep buying your product see Rule #1: Understand your customers. Then, Rule #2: Don't do anything to make them angry.

From a customer-satisfaction perspective, during the National Anthem it's not a good idea to do anything but stand, put your hand over your heart, and look at the flag of the USA. THAT is what the vast majority of your customers expect. I would wager that half of NFL fans of agreed with President Donald Trump when he said players who don't stand should be fired. Showing "unity" against the president by taking a knee, holding hands, sitting, hiding in the tunnel, whatever, was not going to play well, and it didn't. Surprise.

As a life-long Pittsburgh Steeler fan, who grew up in a small coal mining town in Western Pennsylvania, the pure stupidity of staying off the field for the National Anthem was dumbfounding. I'm sure it seemed like a good idea in the meeting room, but some quick V.O.C. (Voice Of the Customer), or the increasingly uncommon, common sense would have revealed otherwise. Whether it is Pittsburgh, Cleveland, Buffalo, Detroit, or another blue collar town, you do not, not ever, do anything that could be construed to be disrespectful to the flag, and thereby the US military, and thereby living veterans, and thereby people who came home from war in coffins draped in that flag. The customers of your product won't stand for it.

In case the NFL hasn't figured it out, this is what the customer base wants to see:

Rule #2: Don't do anything to make them angry.

Has the lesson been learned? Tune in, or don't tune in, next Sunday to find out.